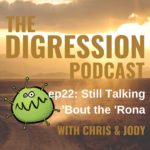 The “I can’t believe we’re still talking about the damn virus” episode where we discuss: The jump in COVID cases in the military and growing recoveries; The “Fired-up Chief” is on the mend; Vets are dying; New military travel exemptions and no-movement hardships; New York didn’t need Comfort after all; Japan goes American-made, but the Indians go Russian; A Navy without aircraft carriers?; Military cuts MEDIVAC in West Africa and a Public health emergency in Djibouti; Thunderbirds and Blue Angels salute the nation; Apply to the Space Force; An Airman and Marine takes the US back to space; Space Force wants all things “space”; Where’s the new Space Force logo?; Teddy Roosevelt gets a new hospital; The tests are in and now the Teddy is the perfect research lab; Spreading out bombers in the Pacific; Razing the Russians; Researching pilot cancers, but what about the mechs?; Building a digital B1; Russia razzes the Navy; No ROE change for Iranian Gunboats; Nine Inch Nails joins the Army; Too many beds, but that’s okay; VA record sharing (cough*cough); Kicked-off base at Camp Casey; Good luck reforming USAJOBS.

The Great Courses Plus has hundreds of topics taught by professors and experts, all in one enormous video library. Listen or watch on your computer or mobile device. Visit thedigressionpodcast.com/GCP today to start your special FREE MONTH of unlimited access to their full lecture library…and don’t miss our newest recommendation: Masters of War.

As COVID testing increases, military reports a jump in virus cases among troops

Nearly 1,000 troops have recovered from COVID-19

F-15EX vs. Su-35: Why India Would Choose the Russian Flanker Over the New American Eagle for its MMRCA (Medium Multi-Role Combat Aircraft) Contract

Upcoming report to Congress on space acquisition expected to be ‘groundbreaking’

Air Force will have answer on pilot cancers next year, study goes on despite COVID-19

US Navy finishes testing every sailor on aircraft carrier hit by coronavirus, with over 800 testing positive

How the virus-stricken USS Theodore Roosevelt may help coronavirus researchers

The Army May Have Built Too Many Hospital Beds. And That’s OK, General Says

Initiative opens medical records from tens of thousands of outside clinics to DOD, VA physicians