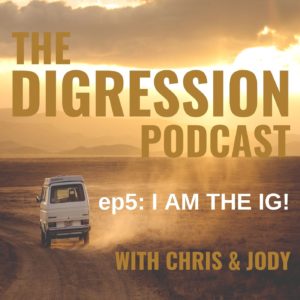 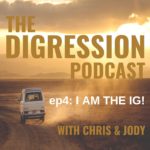 In anticipation of State Department Inspector General Michael Horowitz report on possible FISA abuse by the DOJ and FBI, we thought we’d share some of our experiences with the inspection side of the IG during our time in the US Air Force. Jody’s perspective comes from his experiences as an asshole IG inspector with the Air Force Inspection Agency (AFIA), while Chris shares his perspective from the point-of-view of a member of the poor bastard shop chief in the inspected unit. Although Jody’s work was focused in Air Force hospitals and Chris’ worked in operational units launching aircraft, the process of compliance inspections is essentially the same, as is the stupid shit we saw and laughed at…and now we’re sharing it with you!

So, in sharing our IG insights, we find an F-4 in the ceiling, look for the “War Wagon”, learn why the amnesty box is never a good idea, dig into jet skies on the flight line, explore when an ambulance isn’t really an ambulance, explain why it’s important to verify who you’re letting in to your private group, and other things that don’t matter, like the lieutenant. Because I AM THE IG!

General George S. Patton once observed, “A typical IG is a man past middle age, spare, wrinkled, cold, passive, non-committal, with eyes of a codfish, polite in contact, but at the same time unresponsive, calm, and damnably composed as a concrete post or a Plaster of Paris cast, a human petrification with a heart of feldspar and without charm or friendly germ, minus bowels, passion, or a sense of humor. Happily, they never reproduce and all of them finally go to Hell.”

People who have ever been on the oversight end of an IG inspection probably have a similar impression of the inspector. The inspector’s impassivity is essential to an objective reporting of your compliance with a program or process. And this is what really pisses you off! The Inspector doesn’t give a shit about your excuses for coming up short and this image helps you to better deal with the finding(s) you and your unit receive. After all, it’s not your fault your program is a piece of shit, right?

Anyway, the IG inspector is okay with this impression because he simply revels in your misery, right? Nah, the truth is, well, yeah, the inspector is okay with the impression, but any inspector worth his salt recognizes the challenges airmen (or soldiers or sailors) face in completing the mission. They also understand that commanders and supervisors often create more work for you in a vein attempt to influence the inspection outcome (like weekend “G.I. Parties” and 400-page self-inspection checklists). They sympathize with the inconvenience of the inspection and the disruption spin-up causes both at work and at home, but there’s not too much they can do about it.

The other IG inspectors are just dicks.