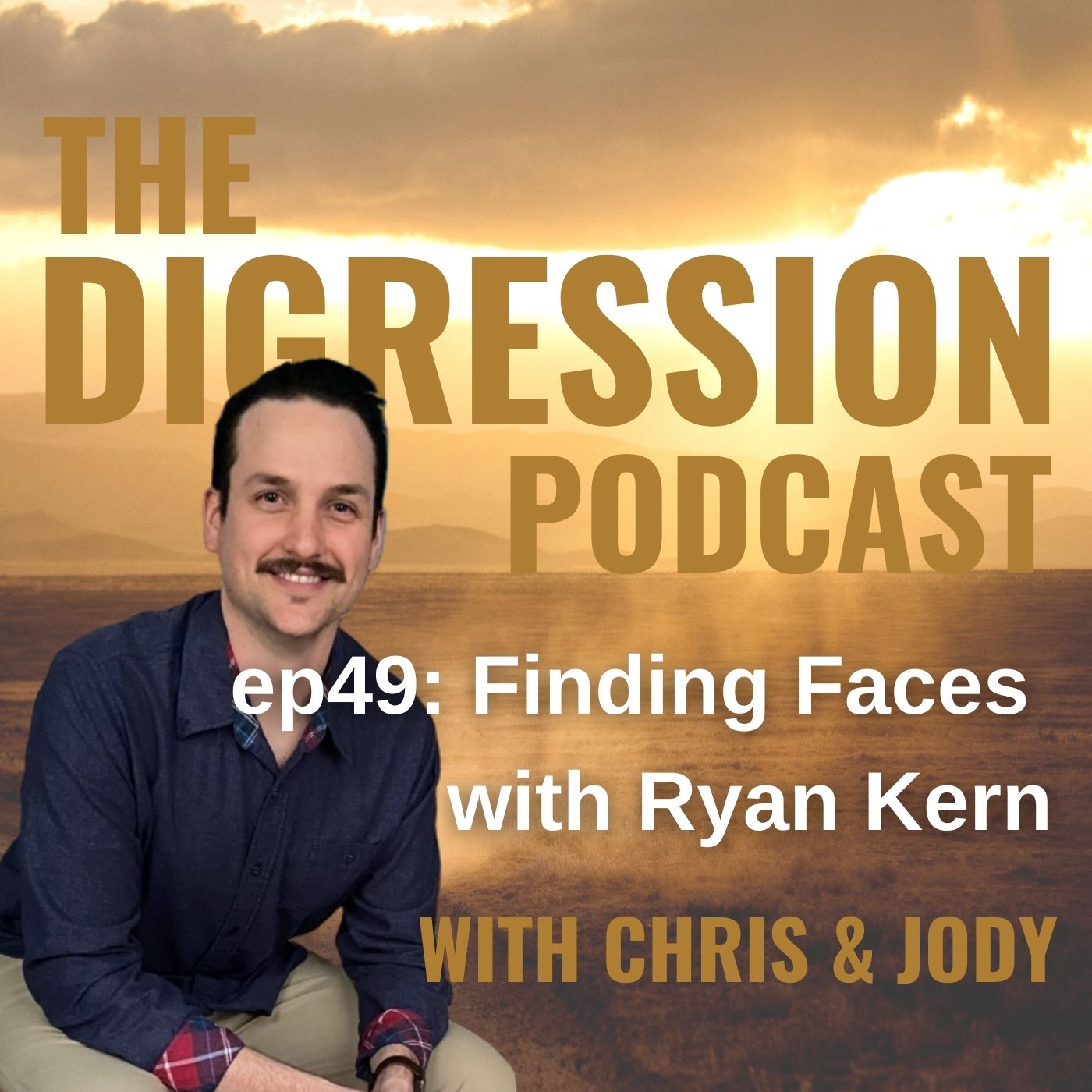 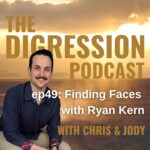 Ryan Kern is a former news anchor and reporter for a Nevada NBC affiliate. Now, as an independent journalist, he is the host/reporter/producer of the Finding Faces podcast. You may remember Chris and Jody talking about Ryan and Finding Faces in Episode 37.

“Finding Faces: The Search for the Missing Pictures of Fallen Vietnam Heroes” is about the hunt for photos of servicemen who did not return home from Vietnam. In 2001, the Vietnam Veterans Memorial Fund (the organization running The Wall memorial in Washington D.C.) started collecting at least one photo of all 58,000+ who died in the war. Twenty years later, they’re down to around 100 servicemen who do not have pictures. These photos are all featured on a virtual “Wall of Faces” online. Ryan’s podcast searches for the families of Vietnam servicemen in order to collect the best pictures possible for the Wall of Faces and help investigate or resolve any issues or questions these family members are still dealing with 50-years later.

Finding Faces, Season 1, aired in 2020 from September through December. It was 12 episodes long and about 12 hours of content, but day one of recording the series actually began in February of 2019! So while some episodes were recorded over the span of one week, others covered 17-months…and everything in-between. Season 2 is currently in production and Ryan took time out of his busy schedule to talk to The Digression Podcast Guys!

Over a three-year span as an anchor/reporter in Nevada, he flew to D.C. around a dozen times with the non-profit organization, Honor Flight Nevada. He documented their trips taking veterans to Washington to see the sites and memorials built in their honor, which included filming the first-ever all Vietnam Veteran Honor Flight trip in the entire country.

On one of these trips, a member of the Vietnam Veterans Memorial Fund met them at The Wall and told Ryan about their effort to collect photos. Given the bond he had developed with these Vets, he immediately thought this was an opportunity to do some very important work, and with 58,000 stories to tell, it also provided a gold mine of content (after all, he is a reporter!). Upon returning to his station the next week, he looked up how many men still didn’t have photos out of Nevada, and there were eight. This was a perfect number for a news series feature for our station…the search for their pictures! Unfortunately, the idea was rejected by his new director and assistant news director, and several further attempts to get the idea approved failed as well.

Sometime later, he was in his hometown having lunch with one of his high school teachers. Ryan credits her as one of, if not the first person, to truly make an impact on his life. She always challenged him before he was able to challenge himself. During this lunch, she wasn’t interested in talking about what he was currently doing, but rather what was coming next. So, he told her about this little, undeveloped idea he had about finding pictures of Vietnam servicemen and all of the details regarding the nationwide search for photos. At that, she slammed her hand on the table, pointed at his face, and said, “this is what you’re going to do!”

She knew it before he did, and she was right. Up until that moment, he didn’t actually think he would be executing this idea, but it became his plan right then and there. In 2018, his girlfriend got a job in Boston right as his contract in Nevada was ending, so he sold his condo and they moved to Massachusetts… and Ryan got working on Finding Faces! When he discovered there were 30 pictures still missing out of Massachusetts, he realized it was the perfect number for a podcast documentary series…

and off he went!

Connect with Ryan and Finding Faces: 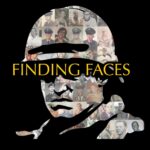 It’s also available to follow on your favorite podcast player!