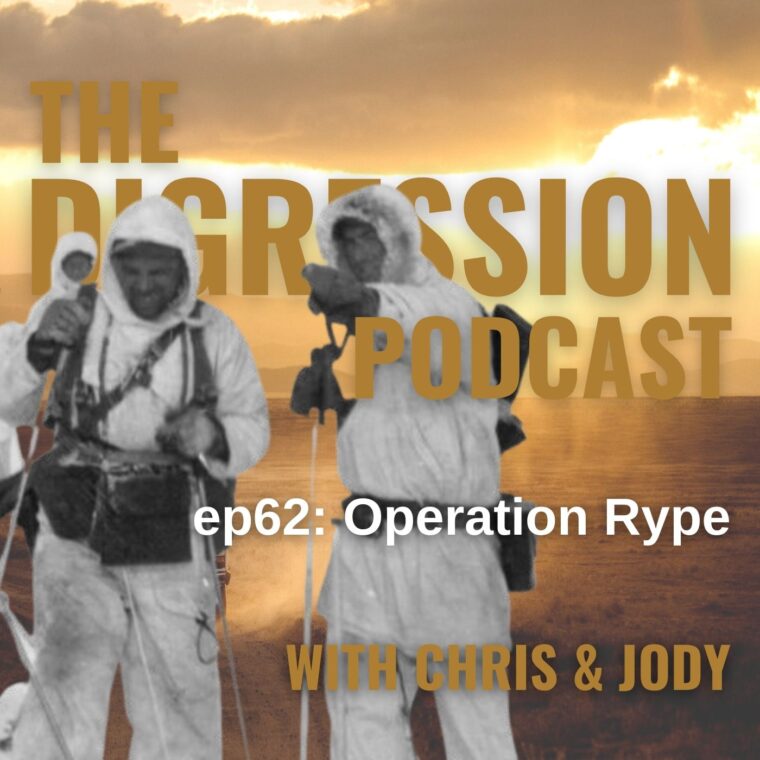 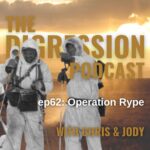 One could say this episode is a “part 2”, of sorts, as it focuses on one of the Jedburgh commandos and an Office of Strategic Services operations supported by The Carpetbaggers, the clandestine flyers we talked about in episode 60. This is the story of Major William Colby and Operation Rype. “Rype” was the codename of the American airborne unit dropped by Carpetbagger B-24s into the Snåsa mountains in Central Norway in March 1945. Their objective was to carry out sabotage operations behind enemy lines with the purpose of preventing German forces from withdrawing from northern Norway to reinforce the European theatre.

Nearly 200 miles south of the Arctic Circle, Jaevsjo Lake divides the border between Norway and Sweden. The surrounding mountains provide excellent security for the region and are especially beautiful in the winter when a deep blanket of snow covers the landscape. It’s a very peaceful setting. But at midnight on March 24, 1945, that changed when eight American B-24 bombers shattered the stillness as they circled above the frozen lake. The crews, peering through the miserable icy conditions, were searching for signal bonfires the Norwegian Resistance had lit for them.

Aboard the lead B-24, Colby and three fellow commandos checked their parachutes and awaited the jump order. When the green light came on and the jumpmaster gave the signal, Colby dropped through the open hatch, which was known as the Joe Hole, into the frigid night and parachuted onto the ice at Jaevsjo Lake.

The Great Courses Plus is now Wondrium! Wondrium has thousands of engaging, entertaining, and educational videos and hundreds of topics taught by professors and experts, and with the Wondrium app, you can watch them anytime, anywhere. Now is the perfect time to start and Wondrium continues to give The Digression Podcast listeners a great offer: An entire month of UNLIMITED ACCESS to their entire lesson library FOR FREE. Just go to thedigressionpodcast.com/wonder and you’ll never stop learning!

Carpetbaggers: Air Arm of the OSS in Europe
https://www.defensemedianetwork.com/stories/carpetbaggers-the-air-arm-of-the-oss-in-europe/