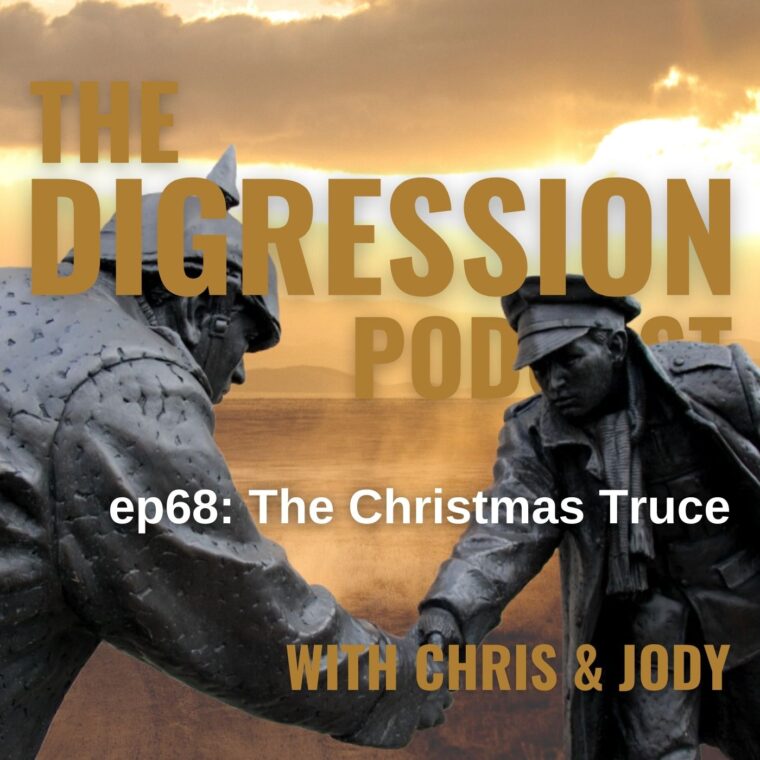 By December 1914 the reality of trench warfare quickly settled in. Heavy rain soaked both the trenches and the “No Man’s Land” that separated them. For those on the Western Front, daily life was miserable, but it was a misery that was shared by enemies who were, in some places, separated by only 50 yards. By Christmas Eve, a tenuous truce slowly started to take hold. The Germans placed Christmas trees and candles on their trenches and began singing Christmas carols. The British responded by singing carols of their own. As morning broke on Christmas Day, both German and British soldiers slowly emerged from their trenches, meeting in “No Man’s” Land to socialize, exchange gifts, and maybe even play a little soccer.

There is also a common belief that the Christmas Truce took place along the entire trench line and that it involved nearly all the troops, which isn’t true. The French and Belgian soldiers, who had seen their country invaded and occupied, and witnessed the killing of many civilians and family members, carried a bitter level of hatred and resentment for the Germans. There were only a few incidents of fraternization between them, though it is known that in one area a group of Belgian soldiers approached a unit of Germans to ask them to deliver letters written for their families inside German-occupied territory. There were also some incidents of an unofficial Truce on the eastern front, with German and Russian troops mingling and exchanging gifts, but not to the extent seen on the western front.

For the most part, the Truce took place in the British sector, which was centered on a patch of woods near the Dutch town of Ploegsteert. The British Expeditionary Force was (at this time, anyway) still comprised of professional regulars, for whom “war” was just a job–they had no personal gripe with the Germans and, stuck in their muddy trenches far from home, probably thought that they had much in common with their opposing troops. And so, in various places along the British front, the war came to a temporary holiday end.

For those who participated, it was surely a welcome break from the hell they had been enduring. Like we said, when the war had begun just six months earlier, most soldiers figured it would be over quickly and they’d be home with their families in time for the holidays. Not only would the war drag on for four more years, but it would prove to be the bloodiest conflict ever up to that time. The Industrial Revolution had made it possible to mass-produce new and devastating tools for killing—among them fleets of airplanes and guns that could fire hundreds of rounds per minute. And bad news on both sides had left soldiers with plummeting morale. There was the devastating Russian defeat at Tannenberg in August 1914 and the German losses in the Battle of the Marne a week later.

So by the time winter approached in 1914, and the chill had set in, the Western Front stretched hundreds of miles. Countless soldiers were living in misery in the trenches on the fronts, while tens of thousands had already died.

The Christmas Truce of 1914
https://www.damninteresting.com/curio/the-christmas-truce-of-1914/

WWI’s Christmas Truce: When Fighting Paused for the Holiday
https://www.history.com/topics/christmas-truce-1914-world-war-i-soldier-accounts