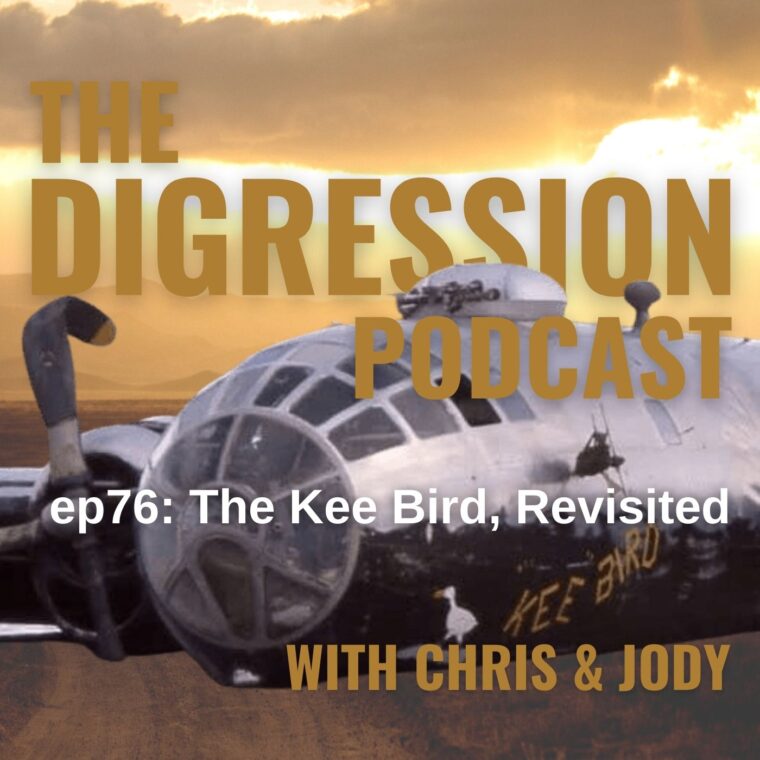 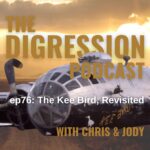 The Digression Podcast Guys are taking some much-needed time off, so climb aboard the Wayback Machine as we revisit one of our favorite episodes from the early days: Recovering the Kee Bird (episode #8 from 8/25/2019). In addition to a cleaned-up replay of the original episode, we share some additional news and insight about the Kee Bird crash and the pilot who flew her.

December 11, 1946. 46th Reconnaissance Squadron, Ladd Field, AK. Piloting a B-29, nicknamed We’ve Had It. Shortly after taking off in extreme cold and fog, the plane lost the #1 and #3 engines. After crossing the Chena River, the We’ve Had It crashed into a wooded area west of the runway and burst into flames. Luckily, the entire crew escaped the wreckage with only minor injuries. Weather was blamed for the crash.

February 21, 1947. Lt Vern Arnett crashes the Kee Bird. The crash was blamed on the crew.

December 23, 1947. 46th Reconnaissance Squadron, Ladd Field, AK. Lt Arnett crashes the B-29 nicknamed The Forlorn Turkey into the northeast side of Lane Mountain, roughly 95 miles north of Nome. The crew survived, but two crew members were seriously injured. This crash was blamed on Arnett, who Lt. Arnett who’s overconfidence in his judgment of the aircraft’s location when he knew there was terrain higher than his altitude in the area put the crew in a dangerous position.

Three crashes and two of them made national headlines. Of the four B-29s lost by the 46th
and later the 72nd Reconnaissance Squadron, Lt. Arnett commanded of 3 of them. WTF?!?