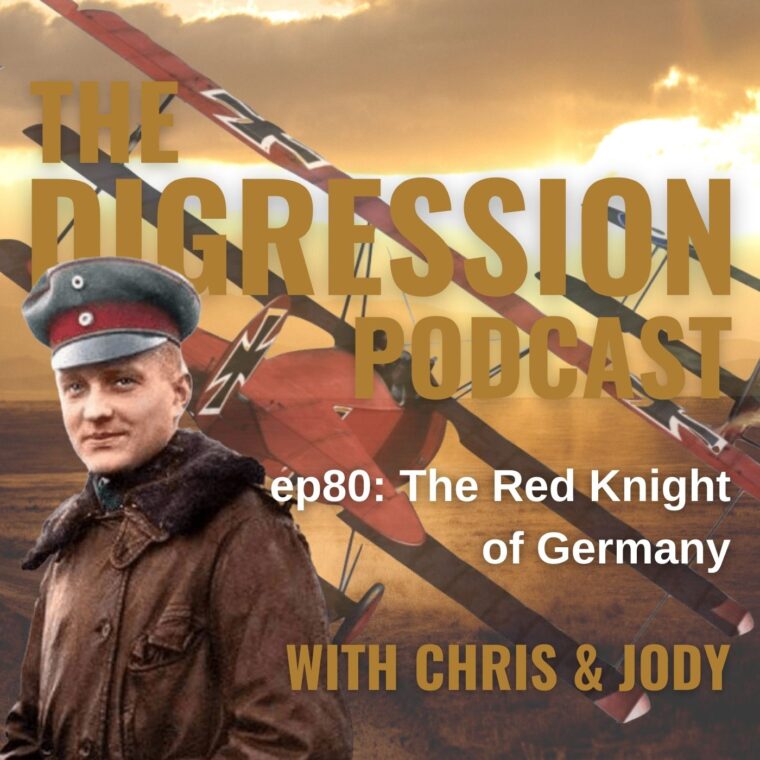 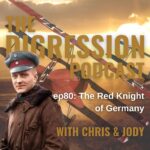 We all know The Red Baron as Snoopy’s unseen arch-enemy who shot his Sopwith Camel doghouse out of the sky untold times in the Peanuts cartoons. But the actual man was much more than the caricature painted by Charles Schultz! Although Baron Manfred von Richthofen was only involved in World War I’s air war for 18 months, seated in his blazing red Fokker DR-1 triplane he shot down 80 allied planes in that time, an extraordinary feat considering that most fighter pilots only achieved a handful of victories before being shot down themselves.

Is it a coincidence that Richtofen amassed 80 air compact victories over his short career and this is the 80th episode of The Digression Podcast? Yes. Yes, it is. A complete coincidence, but interesting that it worked out that way, isn’t it? Enjoy!

Richtofen was shy and quiet on the ground, but in the air, he was the deadliest killer the world had ever seen.

A born hunter and war was his license to kill. When he was finally brought to earth in one of the mightiest air battles of the first world war, the German commander-in-chief said, “He was worth three divisions.” While the British airmen he fought buried him with full honors of war and memorialized him as “A brave man, a gallant adversary, and a true nobleman. May he rest in peace.”

Unmatched in individual combat, Richtofen, with his famed “Flying Circus,” invented modern mass flying, and made his red Fokker triplane the terror of the skies.

THE TRUE STORY OF THE ‘RED BARON’ IS CRAZIER THAN FICTION
https://www.sandboxx.us/blog/the-true-story-of-the-red-baron-is-crazier-than-fiction/

The Red Knight of Germany: The Story of Baron von Richthofen by Floyd Gibbons
https://www.amazon.com/Red-Knight-Germany-Richthofen-Warriors/dp/093948238X