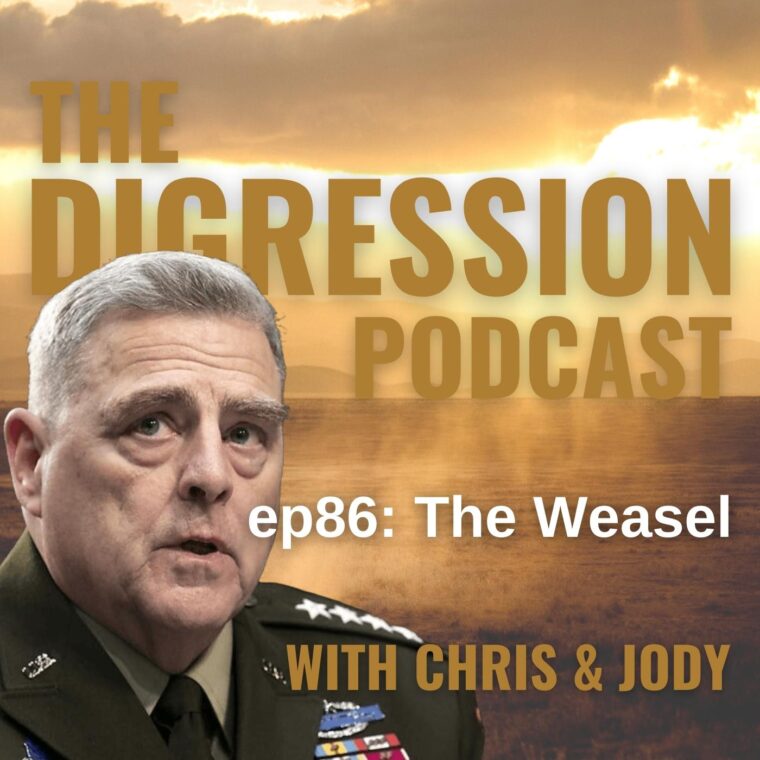 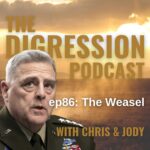 In this special episode, we’re discussing General Milley’s resignation letter to the President that he never sent, deciding instead to work against the Commander-in-Chief from the inside.

Military members have a duty to be loyal to the service and the officers appointed over them. Military officers can be punished under the Uniformed Code of Military Justice for using contemptuous words against the President. And yet, if this new book is to be believed, that’s exactly what General Milley did in his official capacity as Chairman of the Joint Chiefs of Staff.

Why do we say this? The New Yorker recently published an alleged resignation letter from General Mark Milley that was never submitted to former President Trump. The article is an excerpt from a new book by authors Peter Baker and Susan Glasser, who are unsurprisingly senior reporters for The New York Times and the New Yorker. Lacking any imagination at all, the authors have titled the book, “The Divider: Trump in the White House.”

According to the story, Milley wrote the scathing letter to Trump following federal officials clearing rioters out of Lafayette Square back in the summer of 2020. Remember, it was on June 1, 2020 in the wake of the George Floyd riots when Milley and other senior staff accompanied Trump part of the way across Lafayette Square after it had been cleared of Black Lives Matter.

Milley apologized after he was criticized by lefties, saying he should not have been there because his presence created a perception of the military involved in domestic politics.”
We discussed this in Episode 28, Self Before Service, as part of a larger leadership context.

Anyway, now, Milley and The New Yorker have conjured up a resignation letter that was never submitted to the former president to make the anti-Trump general somehow look noble and heroic.

This is General Milley’s Resignation Letter:

I regret to inform you that I intend to resign as your Chairman of the Joint Chiefs of Staff. Thank you for the honor of appointing me as senior ranking officer. The events of the last couple weeks have caused me to do deep soul-searching, and I can no longer faithfully support and execute your orders as Chairman of the Joint Chiefs of Staff. It is my belief that you were doing great and irreparable harm to my country. I believe that you have made a concerted effort over time to politicize the United States military. I thought that I could change that. I’ve come to the realization that I cannot, and I need to step aside and let someone else try to do that.

Third, I swore an oath to the Constitution of the United States and embodied within that Constitution is the idea that says that all men and women are created equal. All men and women are created equal, no matter who you are, whether you are white or Black, Asian, Indian, no matter the color of your skin, no matter if you’re gay, straight or something in between. It doesn’t matter if you’re Catholic, Protestant, Muslim, Jew, or choose not to believe. None of that matters. It doesn’t matter what country you came from, what your last name is—what matters is we’re Americans. We’re all Americans. That under these colors of red, white, and blue—the colors that my parents fought for in World War II—means something around the world. It’s obvious to me that you don’t think of those colors the same way I do. It’s obvious to me that you don’t hold those values dear and the cause that I serve.

But Milley never submitted his resignation. According to the excerpt, he decided he would not quit and instead, he would fight Trump from the inside to keep him from doing any more damage, while also acting in a way that was consistent with his obligation to carry out the orders of his Commander-in-Chief.

Isn’t that convenient? His retrospective outrage is an attempt to rewrite history to make him an anti-Trump hero. He is no leader.

Inside the War Between Trump and His Generals
https://www.newyorker.com/magazine/2022/08/15/inside-the-war-between-trump-and-his-generals