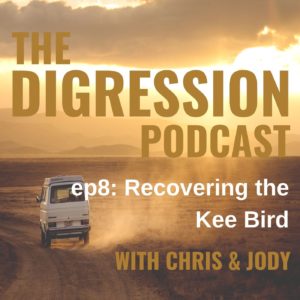 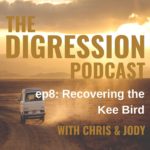 On February 20, 1947, the Kee Bird, a US Army Air Forces B-29 Superfortress, lifted off the runway and into the sky above Ladd Field near Fairbanks, Alaska. It’s Cold War mission was Top Secret, would take them to the North Pole and back, and involved photo-reconnaissance and mapping of the Arctic areas as part of a Strategic Air Command effort to monitor for Soviet activity and develop attack routes over the North Pole. This was the Kee Bird’s seventh mission and it was to be it’s last, as the pilot, Lt Vern Arnett, grew disoriented in a storm over the polar ice pack and turning to the south eventually made an emergency landing on a small frozen lake in northern Greenland. Although Lt Arnett put the B-29 down successfully and with no injuries to his 11-man crew, the plane was badly damaged and would not fly. So, they settled down for what would be a three-day wait for rescue.

And the Kee Bird was abandoned and removed from Air Force inventory records. She would rest, untouched, in the shallows of the lake for 47-years until a small team of aircraft restorers landed in an old De Havilland Caribou shuttle plane to bring her home.

In July, 1994, Darryl Greenameyer and his team, staging out of Thule Air Base, flew-in tools, supplies, and equipment, including four re-manufactured engines, propellers, and a bulldozer, worked day-and-night, often improvising and taking short-cuts, in an effort to being the Kee Bird back to life. But despite the tireless efforts of the team, the job was taking much longer than expected. The air was getting colder and the first snows of winter were starting to fall. And when the team’s Chief Engineer, Rick Kriege, fell ill, Greenameyer knew they had run out of time. There was no way they were going to get the plane off the ground this year. The team would re-group and return next summer, but without Rick, who died from a pulmonary embolism.

In May, 1995, Greenamyer and his newly-expanded team returned to the Key Bird and picked-up where they had left off the previous summer. The plane had almost been ready to fly when they were forced to leave, so the work progressed quickly and they soon had the new engines started. They fashioned a runway on the frozen lake and as Greenameyer was taxiing onto the frozen lake for take-off, the jury-rigged fuel tank for the auxiliary power unit started to leak and a fire broke out in the aft section of the plane. Greenamyer and his flight crew escaped and tried to extinguish the fire from the outside, but their efforts were in vain. The fire quickly engulfed the plane and all they could do was watch.

To this day, the Key Bird rests on the frozen lake not far from her original crash site. She’s a testament to man’s fortitude, certainly, but also serves as stark reminder of the dangers of cutting-corners, especially when the stakes are high.

1. This is the NOVA special Chris was referencing in the podcast. It’s well worth the watch

3. Finally, here’s a memorial site for Rick Krieg, the recovery team’s first Chief Engineer, who died trying to bring the Kee Bird home. We made light of this tragedy during the podcast, but honesty, when you’re part of the profession-of-arms, you tend to look at death a bit differently than many and dark humor is often a manifestation of that outlook. We believe Rick was a hero and he gave his life doing something he believed in.